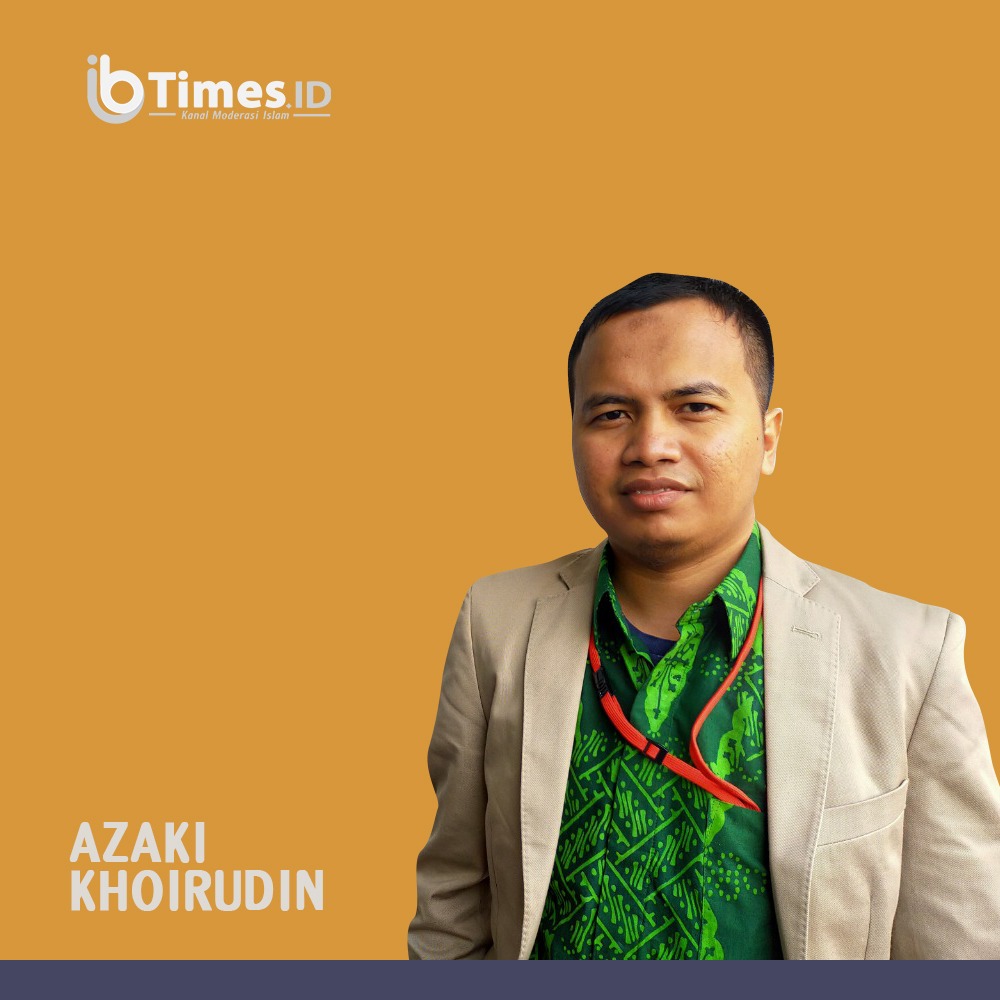 Wasatiyyah (moderation) is an important but somewhat neglected aspect of Islamic teachings that has wide-ranging ramifications in almost all areas of concern to Islam. “Moderation” is primarily a moral virtue of relevance, not only to the personal conduct of individuals but also to the integrity and self-image of communities and nations.

Moderation is an aspect, in its Qur’anic projections, of the self-identity and worldview of the Muslim community, or ummah, and also features prominently in almost all major world religions and civilizations (Kamali, 2015: 1). The need for wasatiyyah has acquired renewed significance in the pluralist societies of our times, especially in light of Huntington’s thesis on “clash of civilizations” and the aftermath of the 9/11 terrorist attacks.

In Indonesia, the recent suicide bombing attacks on three churches in Surabaya in May 2018 has been changing an assumption that terrorism highly intersects to economic factors, such as poverty (Kompas, 13/5/2018). The phenomena proof that the ideology of terrorism dwells on educated-urban-middle class people as well.

Tendency of several latest research results, Muslims in Indonesia have a strengthened tendency in supporting radicalism and extremism, as indicated by some cutting-edge research, including a series of thematic research under coordination of PMU CONVEY UNDP-PPIM UIN Jakarta (PPIM UINJ, 2018; CSRC UNIJ, 2018; UIN in Yogyakarta, 2018; PSBPS UMS, 2018; Maarif Institute, 2018). The case of terrorism and the results of the research about radicalism, increasingly strengthen Islamophobia internationally.

The rise of conservative Islamic movements in Indonesia become a challenge for Muhammadiyah. Islam Wasathiyah can compensate the appearance of groups that often point at someone else’s nose as bid’ah and kafir (infidel). If Nahdlatul Ulama (NU) disseminates “Islam Nusantara” which seeks to integrate local culture, Muhammadiyah prefers to propagate “Islam Berkemajuan” which practically leaves the local culture itself. Further, Muhammadiyah is more wide open to foreign cultural elements that are considered as more modern and progressive.

This openness allows the pervasiveness of radical-conservative Islamist tradition increasing in the Middle East, so that Muhammadiyah, vaguely though, is often accused of being a place where the Wahabi doctrine blossoms. Moreover, Muhammadiyah is the only organization of moderate Islam that does not actively involve itself in Islamic deradicalization movement which became the main program of the National Counter-terrorism Agency (BNPT).

In my opinion, Muhammadiyah is attempting to translate the moderate Islam by rejecting extremism and conservatism and rejecting secularism at the same time. Muhammadiyah does not agree with “deradicalization” since the paradigm strives for changing the radical side by also a radical way. According to Haedar Nashir, it does not really fit, particularly for the long term, hence, Muhammadiyah puts forward moderation.

One of the important aspects of Muhammadiyah’s experience as the moderate Islam movement is its demeanor in the arena of politic. Although it founded long before the proclamation of the Republic of Indonesia, Muhammadiyah, consistently, does not perceive and practice the concept of Ummah as the aim of political struggle which its direction is the formation of an Islamic state (Khilafah Islamiyah).

Muhammadiyah desires to strive for social in cooperation with Dutch East Indies (Hindia Belanda) and in the way of moderation (wasatiyyah). Post-independence, Muhammadiyah also engages in the social-religious arena by keeping its ties to the country in a critical partnership framework, which used to be interpreted as “keeping the same distance with all political parties” (Baidhawy & Khoirudin, 2017: 260).

Nowadays, under the leadership of Haedar Nashir, Muhammadiyah maintains “good relations to the government of Jokowi”. In the 47th Muktamar (Congress) in Makassar 2015, Muhammadiyah clarified its political view of fiqh through the concept of “Pancasila as Darul Ahdi wasy-Syahadah“. Here, the Republic of Indonesia which was proclaimed on August 17th, 1945 is the national consensus (dar al-‘ ahdi) binding all the nation’s components as the evidence of the strength of adhesive, unifier, and nation builder (dar al-syahadah).

Culturally, Muhammadiyah as an institution proposes reformation in answering and facing pluralism. In 2000, Tarjih and Development of Islamic Thought Board published a book of Tafsir Tematik Al-Qur’an tentang Hubungan Sosial Antarumat Beragama (Thematic Interpretation of Al-Qur’an about Interfaith Social Relation). This tafsir is crucial to pave the citizens’ horizon and thought of Muhammadiyah and Muslims generally about pluralism, interfaith dialogue, peaceful coexistence, interreligious marriage, greeting, and apostate.

To support and keep disseminating the idea of pluralism, in Bali 2002, Muhammadiyah introduced the concept of “Dakwah Kultural (Cultural Missionary)”. After going through various discussions, ultimately, Congress in Malang 2005 received the “Cultural Missionary” as the official decision of the organization. Da’wah is, in fact, the cultural appeal of the Islamic universality for the welfare of the whole human race without being limited by differences in terms of religion, race, tribe, ethnic, a color of skin, language, and gender. In this way, the locality becomes a capital for Islam in Indonesia and the world.

In the reign of President Jokowi, Din Syamsuddin was appointed as the Special Envoy of the President of the Republic of Indonesia for Interreligious Dialogue and Cooperation and Civilization (UKP-DKAAP). Here, Din Syamsuddin organizes Level Consultation of World Muslim Scholars on Wasathiyyah Islam (HLS-WMS) for three days: May 1st-3rd 2018 in Bogor.

The high-level consultation summit on Islam Wasathiyah generated Bogor Message. There were seven points of Bogor Message to reaffirm the meaning of Islam wasathiyah: 1) tawassuth, a straight middle way (moderation), not the right and left extreme; 2) i’tidal, acting proportionally, fair, and responsible; 3 tasamuh, tolerant, admit and respect toward differences in all aspects of life; 4) syuro, lean on consultation in resolving any issues through deliberation to reach consensus; 5) islah, getting engaged to reformative and constructive act for the common good; 6) qudwah, generating a noble initiative and leading human welfare; and 7) muwathonah, acknowledging the nation-state and honoring citizenship.

This is the true character of Indonesian Islam, namely a moderate Islam. I would like to introduce the concept of “Islam Wasatiyah” as the main concept which is in accordance with Islamic education and practice to form the Muslim character. This concept is inherent to the concept of ummatan wasathan.

Al-Qur’an and Hadith, the Muslim’s references, stress the importance of the principles of wasatiyyah. In Islamic studies, “wasatiyyat Islam” is often translated as ‘ justly-balanced Islam’, ‘middle path’, or ‘middle way’ of Islam. These terms indicate the importance of fairness and balance as well as the middle way that is not stuck on the extremities. In this such kind of situation, it is required to comprehend about the concept of moderate Islam (al-wasath) which is relevant throughout the ages (shalih li kulli wa makan) as a diffuser of mercy for all creatures (rahmatan lil ‘ alamin). 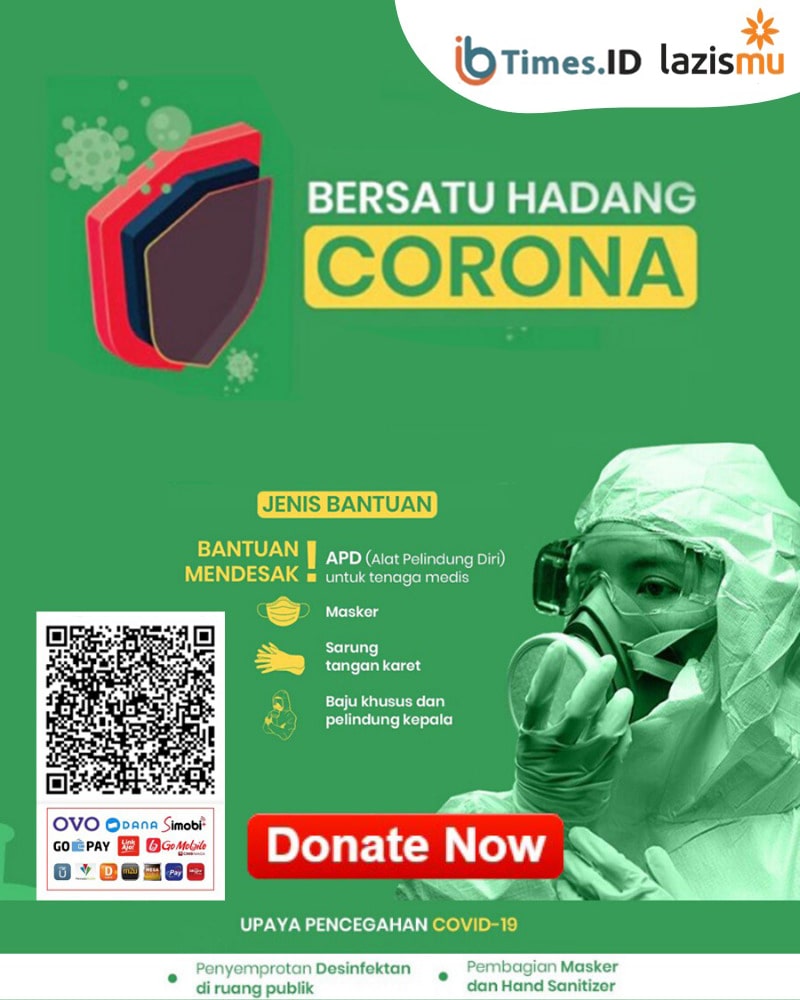 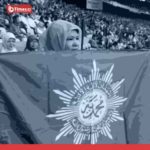